We Want It All

Is this the end?

Especially for their 25th anniversary, Emio Greco and Pieter C. Scholten are creating a road trip through their oeuvre, with urgency as the underlying motive: WE WANT IT ALL.

Closing scenes of their almost 60 creations form the starting point. After all, for the choreographers the end of each performance does not mean a definitive conclusion but leaving behind a statement in preparation for a new beginning. As an exhausted Greco literally whispered at the end of his first solo Bianco in 1995: Ne me quitte pas.

We Want It All is not a performance, but a 1-hour festival, in which Emio Greco and Pieter C. Scholten celebrate their twenty-five years of collaboration. Final chords from their oeuvre are the central focus. After all, the end is not definite, but the prelude to a new beginning. The past now gets a completely different perspective, or a new meaning. The future is back!

Of the almost sixty creations that the tandem presented between 1995 and 2020, they chose eleven finales. For Greco and Scholten, the end of a performance is a preparation for a new beginning. An ending is an “end,” but also an “and”. The end is always a looking ahead at a possible future.

From Bach to Queen, from theatrical to sober and experimental, it all passes in this dynamic, varied festival performance. It is an excellent opportunity to experience the diversity of the work, in which ‘The Body in Revolt’, in whatever appearance, is always leading.

In We Want It All, the junior company, ICK-Next, has a prominent role. They are the opening to new times. They disappear and appear among the ensemble dancers, like fresh flowing water. Thanks to those young dancers, there is always a new perspective. 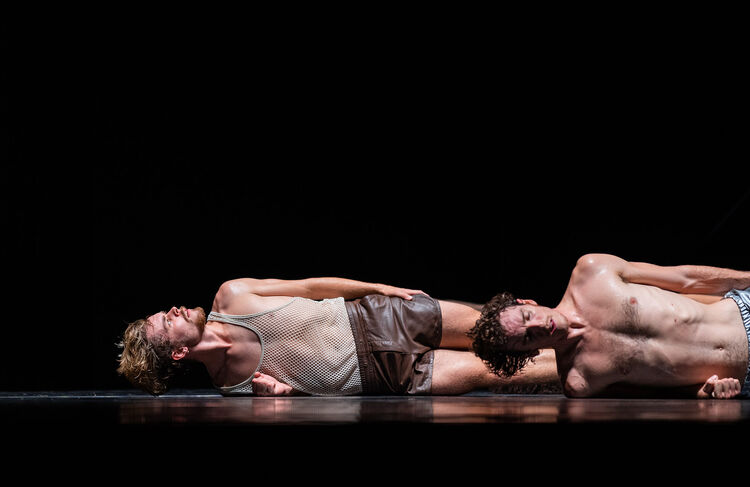