Driven by the raw energy of rap music, three black bodies experience their 'hissy fit'; an emotional outburst of despair and frustration. Hidden behind masks, the powerful trio will go into a daze that gives them a frightening power. They are trapped in their own bodies and are frantically looking for a way out. Emotions are exploding and imposed stigmas seem to be confirmed.

In Hissy Fit, Christian Guerematchi, Mark 'Brui5er' Sheats, and Michael Wanga perform a powerful trio that deals with the violent stigma attached to black identity - from the history books to modern media. How does this stigma affect fragile boys searching for 'masculinity' and acceptance?

CODES OF THE BLACK BODY

Hissy Fit ties into the search for new relations of the black human in western society. Christian wants to express and explore the concept of 'Black Identity' through the language of the body. He takes an interdisciplinary approach by delving into different dance styles, which he analyses, deconstructs and gives meaning to in his individual way. In the after-talk with Richard Kofi, Christian talks about by whom he has been influenced and inspired. With his narrative and movement, Christian wants to enter into a dialogue with his audience.

“I can recall the tv-images of the Rodney King riots in Los Angeles in 1992. As a young boy, I was stunned by what I saw. At the same time, I felt connected to this emotional outburst. Even now, this echo between bodies resounds through time.” 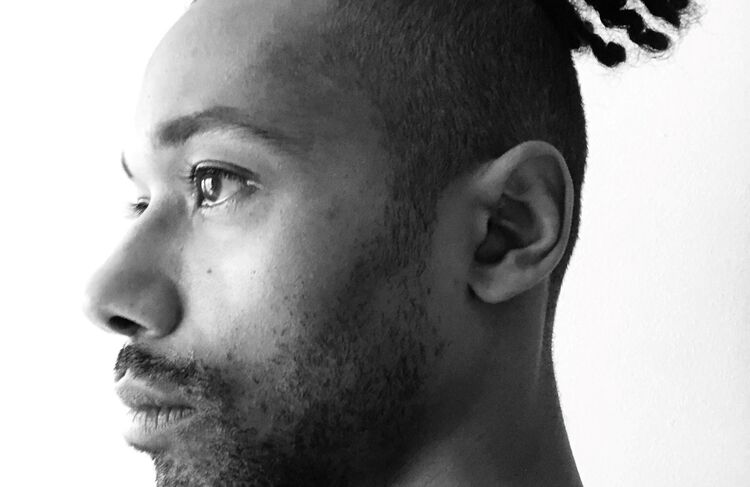 Christian Guerematchi is a Slovenian choreographer and performer with a background in ballet and contemporary dance. He danced with the National Ballet in Maribor under the direction of Edward Clung, after which he moved to the Netherlands with ICK Amsterdam. In 2012, he was nominated for 'De Zwaan' Best Dance Performance for his role in ROCCO by Emio Greco and Pieter C. Scholten. His making started with White Noise (2019) i.c.w. Otion and in 2020 Christian made his solo performance N.A.M. - Non Aligned Movement; an afro-futuristic journey to the Balkans.

In Hissy Fit he again wants to broaden the concept of Black Identity in dance. Christian searches for new meanings and relationships of black people in Western society. Dance is the perfect means to find connections with ourselves and others through the language of the body. Within this context, he chooses an interdisciplinary approach in which he immerses himself in various movement languages, which he analyses, deconstructs and gives meaning to in his own way. He also creates space for dialogue with the audience in order to delve deeper into the subject matter.