Alderman Touria Meliani opened the ICK Space for Dance Art, an international centre for contemporary dance in the new, iconic building Westbeat in Amsterdam-New West, on 11 September. Look at the slider for photos taken.

From September 2021 ICK Dans Amsterdam will be located in the iconic building Westbeat in Amsterdam. In collaboration with artists from various disciplines, the dance company will establish a Space for Dance Art there, where performances, workshops and symposiums will be organised on the basis of artistic drive. The building will also house a media library that will be open to the public. ICK has long sought a space where dance and movement can nestle in the city as an art form. So now, for the first time in history, Amsterdam has its own international centre for contemporary dance.

EXHIBITION THE INTUITIVE BODY
On Saturday 11 September, the ICK Space for Dance Art was opened in a closed circle, in the presence of Mrs Touria Meliani, Alderman for Art and Culture and the district council of Nieuw-West. The various spaces were inaugurated with the exhibition The Intuitive Body. The exhibition consisted of a combination of objects on display, a film by Bogomir Doringer, a video installation by Ruben van Leer and Harmonic Dissonance, an interactive research project at the intersection of art and technology. WE, the BREATH will also be on view, a new performance created with both the dancers of the ICK Company and the young dancers of ICK-Next who have only been with the company for four weeks. 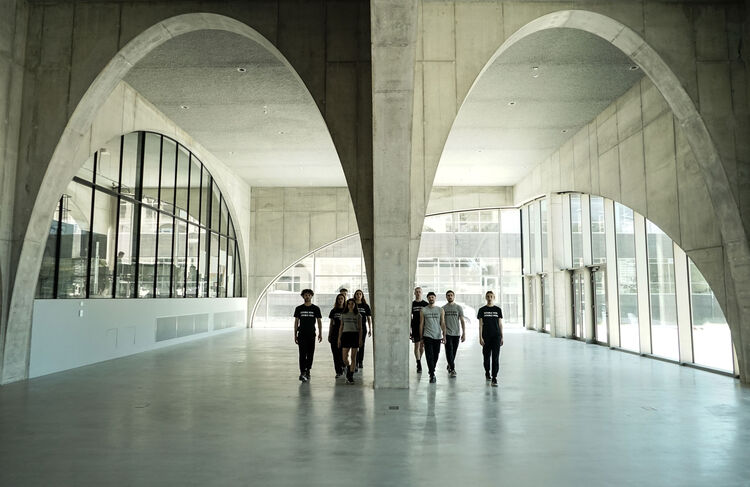