ICK arose from a clash. In 1995, Emio Greco and Pieter C. Scholten met in a dance studio in Amsterdam. There were great differences between the Italian and the Dutchman, the dancer and the director, the Protestant and the Communist. Differences of opinion too, about what dance is and could be.

But there was also a strongly felt common goal. Both experienced a gap in the dance landscape of the time. Besides the virtuoso body on the one hand and the conceptual body on the other, they missed the intuitive body. The body that is in motion and naturally capable of generating ambiguous meanings from within. Greco and Scholten felt the need to develop a new dance vocabulary in which there is room for vulnerability and the body's impulses.

In 1996 Greco and Scholten wrote their artistic Manifesto: The 7 Necessities. These propositions are an attempt to put dance into words. In the manifesto they laid the foundation for a dance vocabulary, which goes back to the inner necessities of the dancing body. It comes from a consciousness of time and space, stored in the memory of the body. Until today, the Manifesto, the curiosity for the body and its inner motives have always been the motivation for Greco and Scholten when creating new work, stimulating talent and initiating research. It became the basis for the foundation of ICK.

In 2021, the choreographer duo received the Golden Swan, presented by Minister van Engelshoven, in recognition of their great contribution to Dutch dance.

Since its foundation in 2009, ICK has been constantly changing, sailing with the course of the times we live in. And sometimes against the current. With a research and education department, the International Choreographic Arts Centre (ICK) is more than just a contemporary dance company. Greco and Scholten also present more than just their own work: new and established makers are also ICK.

In 25 years, they have won the trust of funds and subsidizers, with new plans starting in 2021 that include a new role as a production house for dance and the new location Space for Dance Art in the iconic Westbeat building. 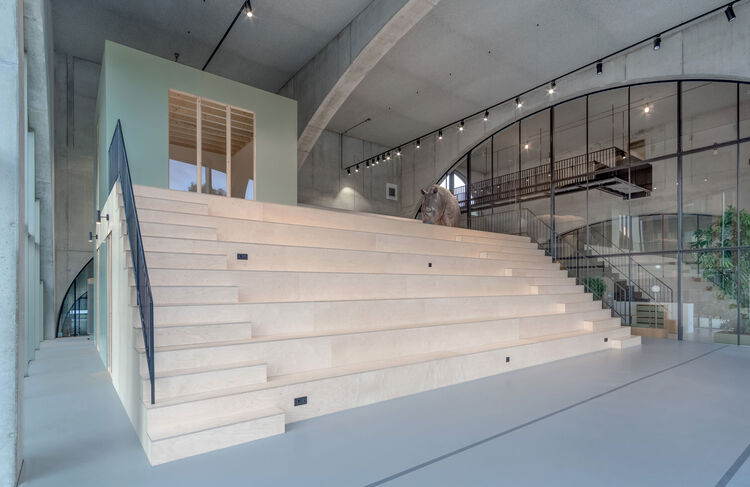 From September 2021, ICK Dans Amsterdam will be located in the iconic Westbeat building in Amsterdam. The company for contemporary dance will establish an international Space for Dance Art, where performances, workshops and symposiums will be organised in cooperation with artists from all over the world, driven by artistic urge. 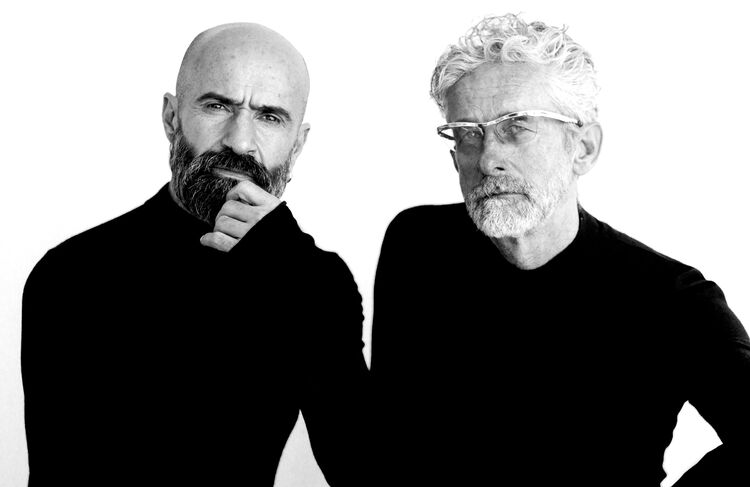 Emio Greco | Pieter C. Scholten are the directors of ICK and make their own work for the dance ensemble on a regular basis. They have been working together for over 25 years in their search for a new dance language and a new approach to the body, in which both the rebellious body and the triad; spectacle, body and miracle are the guiding principles. In a continuous pursuit of innovation, they regularly break open the existing frameworks within dance, and within the arts in a broader sense, in their own unique way.

For ICK, the body is curious and groundbreaking, and above all a social body that is sensitive to social changes such as globalisation, digitisation and fragmentation. ICK takes the constant changes as its starting point and uses the body as a window on the world. Through the theme of the Body in Revolt, the choreographers, dancers and researchers connected to ICK make new connections with each other, with themselves (their own body) and with society (other bodies).

Greco and Scholten have made clear which three factors are necessary for ICK in a performance. They combine the underlying train of thought of their own performances in the elements: spectacle - body - miracle. They also recognise these three elements in the work of the choreographers invited and supported by ICK.

Spectacle: the turmoil, disturbance, spectacle and tumult. It is the crack in the canvas, the tilt in the performance. It is the rebellion. The stimulus for the brain.

Body: the frame of reference to give meaning to dance. It is the umbrella term for an artistic investigation into all the possible meanings a body can carry.

Miracle: that which cannot be grasped, the revelation: 'you don't understand it but you feel that it is right'. The mystical. The pure beauty that manifests itself in a space in between.

From 2020, the dreamy rebel Don(na) Quixote will be added to this as an important source of inspiration. His (or her) rücksichtslos (ruthless) idealism will set the tone in all activities.

These postulates, written from a certain wonder and curiosity about the body, marked the first attempt by choreographers Greco and Scholten to capture dance in words. In the manifesto they laid the basis for a dance vocabulary that returns to the inner necessities of the dancing body. To this day, the manifesto and its underlying principles – the curiosity for the body and its inner motives – form the basis of new creations, research initiatives and transfer and education projects.